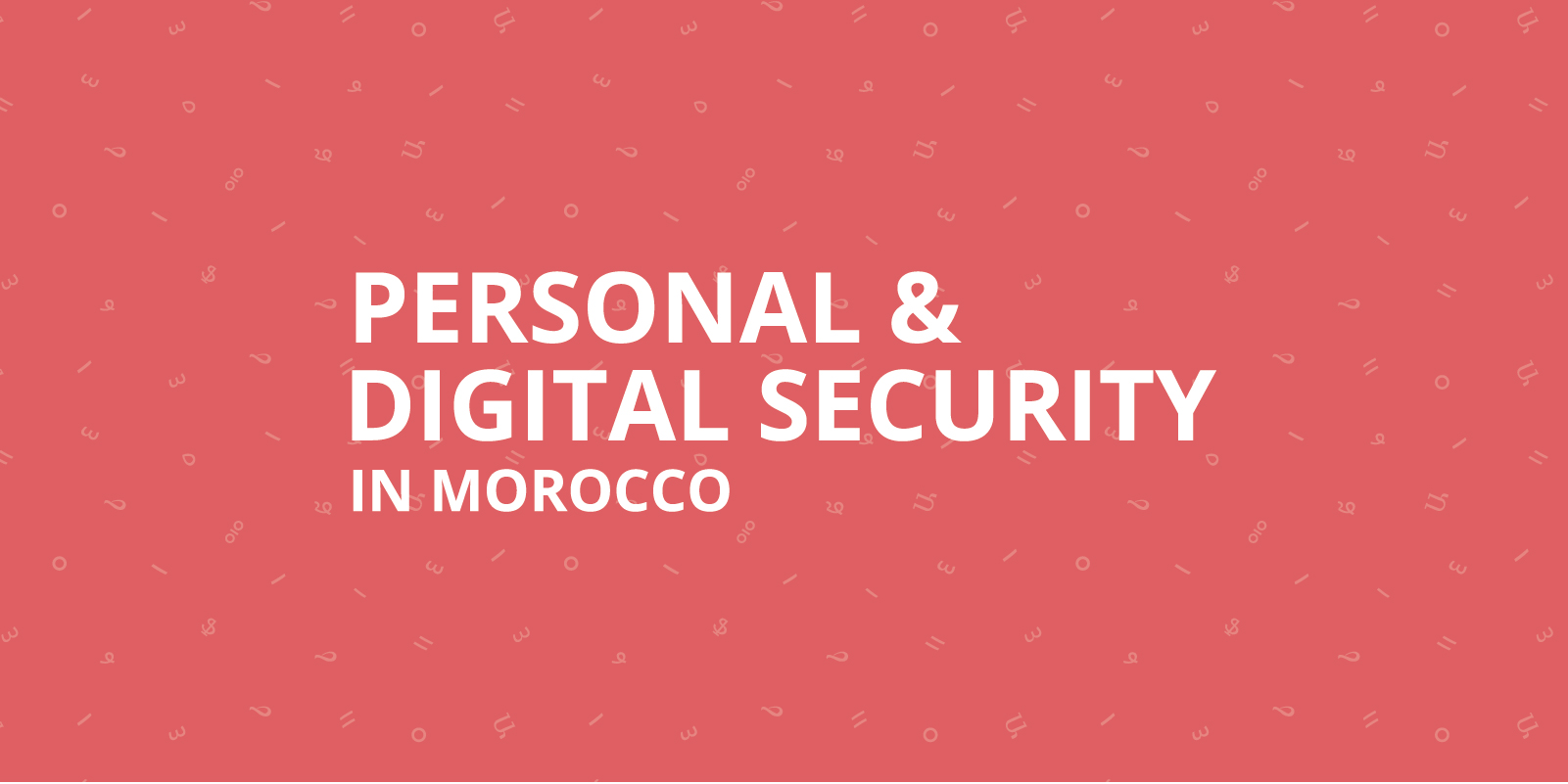 ArticlesHomepage NewsPublications
By admin May 2, 2017 March 26th, 2021 No Comments

Digital security for human rights activists, especially those working for the LGBTQ rights, is one of great importance, and which should be looked into due to privacy reasons and how sensitive the topics they work on are. Morocco is considered one of the countries in which we see few people working on such an issue, not to mention the risks that accompany working in this field; be it from the state or individuals.

The biggest issue that LGBTQ activists face is criminalization; Morocco is one of the countries that still criminalize homosexuality under the article 489 of the Moroccan criminal law. Thus, this limits the activists’ ability to work, whether in changing mindsets, holding organizational meetings or workshops, as well as, advocating and assembling and forming organizations. For example, “Aqaliyat” organization, which the Moroccan government refused to grant the deposit receipt to, and the authorities refused to receive the organization’s file as well and violated the members’ rights in assembling, organizing and forming other organizations, keeping in mind, that it’s a right guaranteed by international conventions, especially the International Covenant on Civil and Political Rights that Morocco ratified in the article 22 “Everyone shall have the right to freedom of association with others, including the right to form and join trade unions for the protection of his interests”.

There is also, the problem of monitoring the personal life of the activists where they were accused of “moralistic” accusations such as public drunkenness, public immorality or consensual sexual relations, as well as, other private life matters of individuals. The Moroccan government is still taking advantage of these practices and criminalizing them to persecute activists so it won’t be said that the government is doing so based solely on the activists’ work or it is banning them from their activism. At times also, the government is also releasing information about those activists using their real names and identities and their pictures on media platforms which in return is jeopardizing them on the familial and public levels and forces them to live a constant state of fear for their safety and personal lives.

As for the digital security of the activists; Morocco criminalizes digital information encryption which in its turn puts the activists under legal trailing and prosecution when and if they do use any encryption software, counting it as another major obstacle to communicate with one another confidential information in secure ways making its privacy penetrable.

Another risk associated with the digital security of the activists is that their online accounts and correspondences could be hacked and their personal information leaked, such as; photos, videos, private accounts, call recordings, and conversations. This makes them a target for blackmail and threats and scandal targets by using these pieces of information.

Whereas the social threat and danger the activists might face, whether it’s verbal, physical or psychological, differs according to their geographical area; be it in cities and villages, large cities and small towns, neighborhoods of sociocultural differences and even class and family differences too. Also the ratio of how often an activist makes a public appearance through the press and social media platforms announcing their struggles in activism. In some cases a city perceptive might be more sympathetic in comparison to its counterpart of a village with less tolerance levels, and also in neighborhoods with certain social and sociocultural classes.

Social stigma is another major obstacle for those who have the desire to work for the LGBTQ rights due to their fear for their safety which limits the numbers of groups and organizations working in the field, leaving a huge gap in the legal fight for the LGBTQ community.

All the mentioned dangers and threats that jeopardize the activists might put them in a difficult psychological state of constant fear and worry. Not to mention, the harsh treatment and limitation of their freedom. They might also feel the urge to isolate themselves from the society around them and constantly doubt their every move. Therefore, it is imperative to focus and work on the issue of personal and digital security of those individuals to minimize those dangers, empower their abilities and skills, and locate the points of weakness for them in order to avoid and minimize the chances of them being at risk. Their need to work in an environment that is comfortable and safe to allow them to excel in advocating and fighting for the cause is crucial.