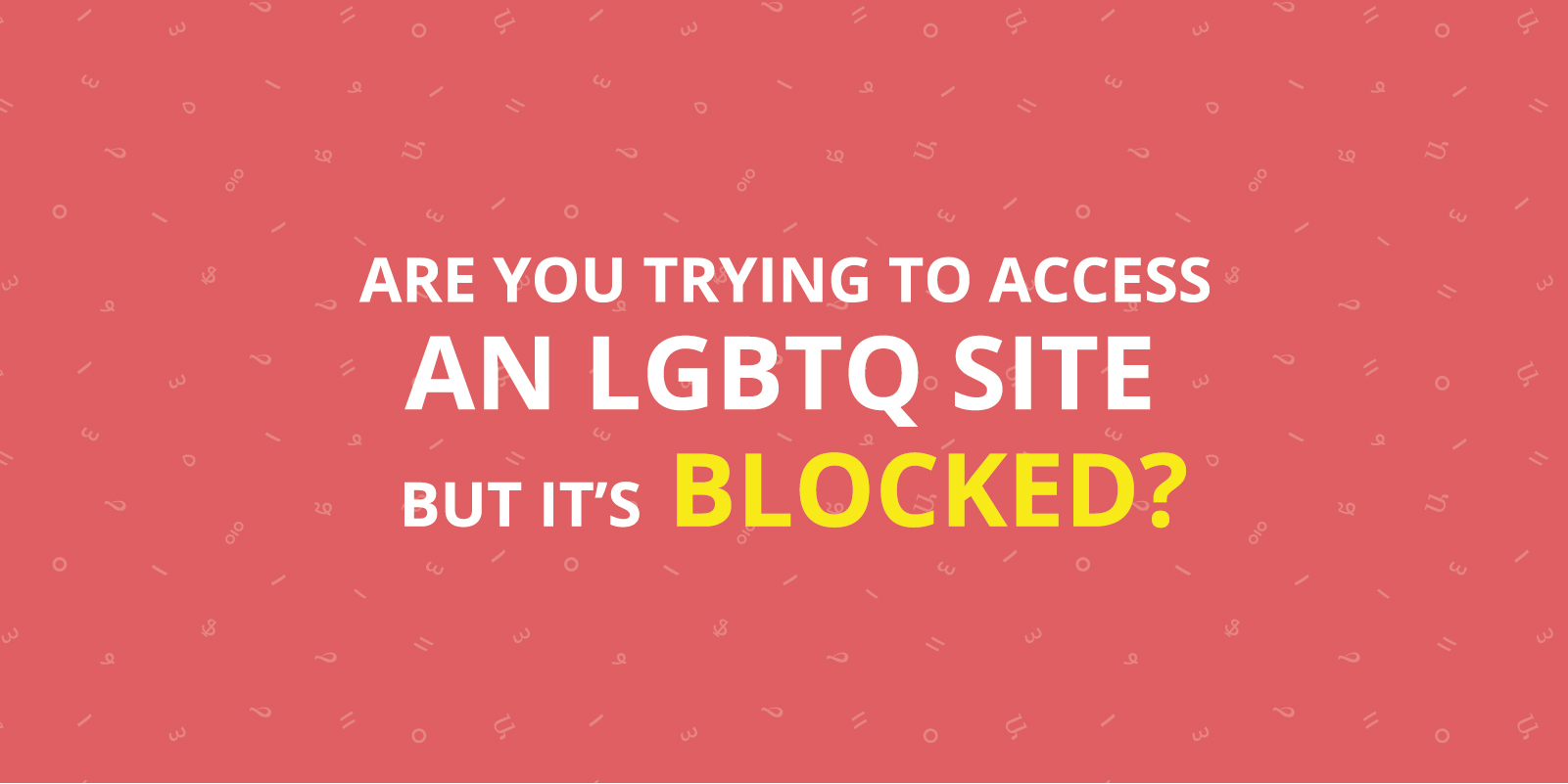 ArticlesHomepage NewsPublications
By admin May 17, 2016 March 26th, 2021 No Comments

Many Arab countries, especially in the Gulf like Saudi Arabia and the UAE, block a plethora of websites and social media platforms preventing users from accessing them. The blocking techniques are based on certain keywords. Gay and LGBTQ are among these keywords.

There are ways, however, to work around this form of censorship. Circumvention tools like Psiphon, for instance, make the action of blocking obsolete by allowing you to avoid government-imposed filtering of Internet content received on your devices.

ASL19 is a Toronto-based human rights organization that provides individuals and organizations with technology and solutions to circumvent censorship. Amin Jobran, a member of the group, works specifically on outreach to Internet users in the Arab region. He said that his group has helped in the development of Arabic versions of several digital security tools like Psiphon, Tor, Lantern and Free Gate.

“Our work is focused on providing a dedicated user support for our Arabic speaking users. We also work on raising awareness regarding digital security through translating and localizing different tools and literature,” said Jobran adding that ASL19 has attracted in a period of eight months an audience of more than 3000 users.

During the blocking of voice over IP services (Skype, Whatsapp, Viber etc.) in Morocco in recent months, Jobran said that his group did outreach to internet users there by distributing free and secure VPN tools increasing their downloads by more than 2400%.

In countries like Saudi Arabia or the UAE, blocking sites is sometimes based on an IP address or a keyword. They also use smart filtering, which a policy of censoring undesirable content on websites without banning them completely. But technology experts dispute the efficiency of the filtering software, which reportedly is capable of accurate and rapid detecting “inappropriate” content (including text, image and video) online.

In their 2015 report on Internet Freedom, the non-profit watchdog organization Freedom House documented instances of online censorship of LGBTQ-related content in the Arab region.

“LGBTI Issues: Fourteen countries targeted LGBTI (lesbian, gay, bisexual, transgender, and intersex) content for censorship on moral, religious, or other grounds, reflecting the entrenched and often state-endorsed bias against the LGBTI community in some parts of the world. Lebanon blocked a lesbian forum used throughout the Arab region, and a transgender woman in Egypt was sentenced to six years in prison over YouTube videos that showed her dancing.”

According to a Detained in Dubai, a non-profit organization helping victims of human rights abuses in the UAE, the Emirati government restricts access to various websites and monitors chat rooms, instant messages and blogs. Even though few prosecutions reportedly occur, people censor their conversations online and identities on gay chat rooms for fear of being monitored:

“The country’s only service provider of Internet has a proxy server which blocks any website that go against the country’s moral values. Sites regarding dating or marriage, LGBT issues, the Baha’I faith, Israel or sites related to unblocking the censorship are all inaccessible. Reports even suggest that any site with the word gay or sex is blocked.”