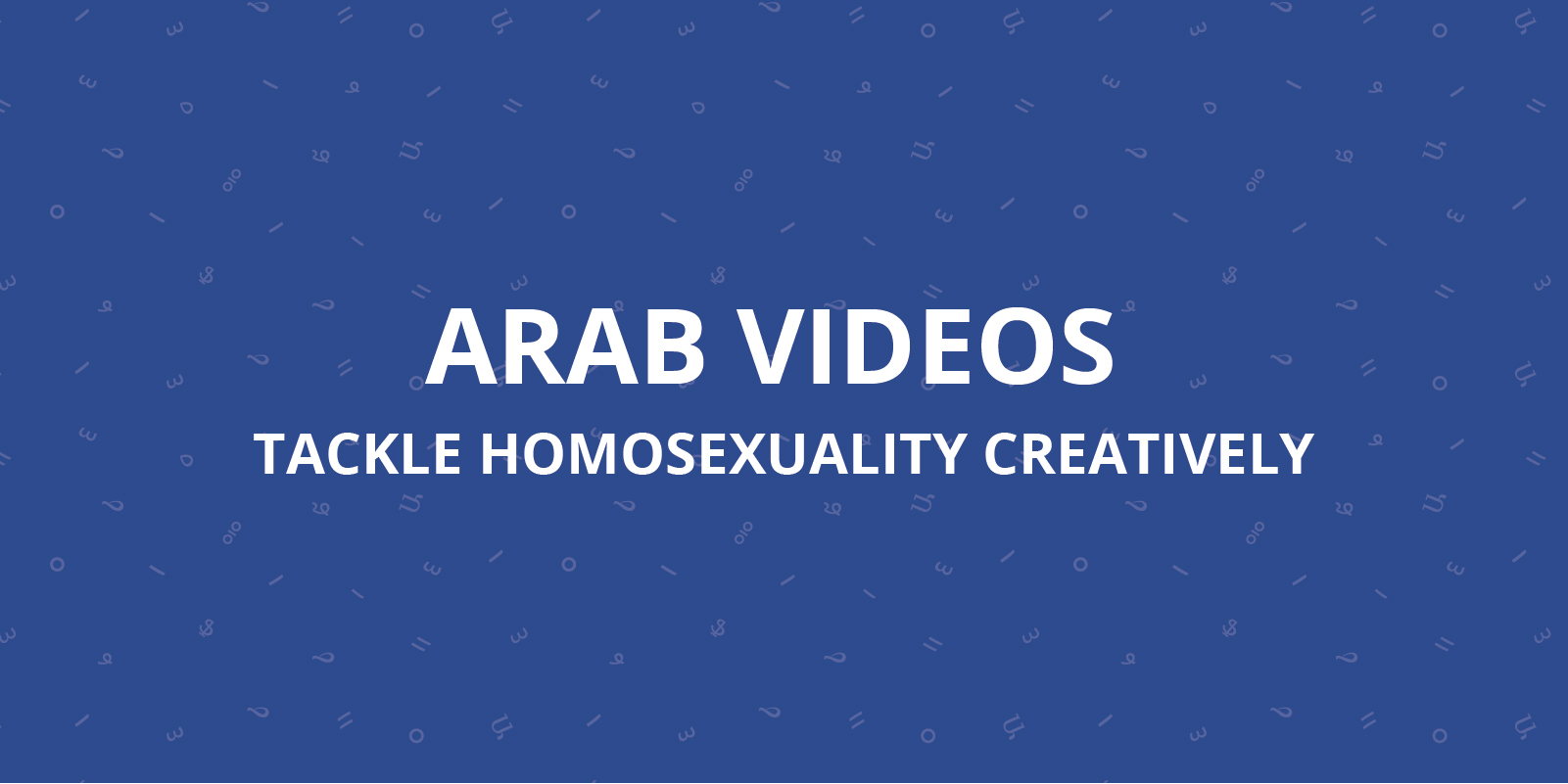 “What is the cause?” When people in Lebanon – and also in the wider Arab region- are confronted with the concept of homosexuality, this is the most common question they ask. What it implies is a view of the homosexual person as someone suffering from a biological or mental dysfunction that ought to be cured.

LGBTQ activists in the region are trying to shift the attention from a so-called cause for homosexuality to the idea that diversity in sexual identity is a natural social phenomenon. A Lebanese association thought that an informative-yet-fun short video spot would help dispel common ideas about homosexuality. To create their video, the Lebanese Medical Association for Sexual Health (LebMASH) carried out extensive interviews with gay and lesbian individuals to understand their problems and relations with their parents.

The resulting animation video, which was recently produced, focuses on Rami, a young man who reveals to his parents that he is gay. What ensues is a typical blaming game between his parents in an attempt to find a reason for their son’s homosexuality. The father says that the mother spoiled him. The mother answers that the father was absent. Eventually, they decide to take Rami to see a therapist who could “convert” their son into a heterosexual. Meanwhile, Rami becomes desperate and starts drinking.

“We used a simple local language that people could interact with,” said Dr. Omar Fattal, LebMASH’s president. “The video shows that the so-called conversion therapy is not an abstract concept but a terrible procedure that can ruin someone’s life,” he added. According to Fattal, substance abuse is common among LGBTQ individuals who face a lot of social pressure.

More than 50,000 people viewed the video on Facebook and YouTube, mostly in Lebanon, Egypt and Syria. Most reactions were positive, especially from young people in their early twenties, who said that the video boosted their self-confidence. Only few negative reactions reiterated the same usual opinion that gay people are “sick”.

The video builds on the work of the Lebanese Psychiatric Society, which declared back in 2013 that homosexuality was not a disease. In a groundbreaking statement for the Arab region, the association urged health professionals to rely only on science in their work and stressed that “conversion” or “reparative” therapy is unacceptable according to the world’s respected health body.

Despite this declaration, parents in Lebanon and the region still seek help from health professionals in the hope they would “make (their) children straight”.

Fattal admits that the video has not been widely circulated among older generations, typically parents who might be facing issues with their children’s sexual orientation. One reason is that local TV stations, largely watched by this demographic, have been reluctant to air the video. LebMASH tried with several TV stations but the video was not picked up. One contact at one of the TV stations said that “the public was not ready.”

The next phase is to target social workers and health practitioners in order to raise their awareness about addressing sexuality properly in their practice.

There have been other attempts to use online videos by LGBTQ activists in the region. Mosaic, an NGO working on the health and wellness of marginalized groups in Lebanon and the MENA region, recently launched an animation video that explains bisexuality. The video, viewed more than 20,000 times on Facebook, dispels false prejudices about bisexuals using a humorous style. The idea behind it is to present sexual tendencies in their complexity as a large spectrum of desires and emotions beyond the binary of either gay/lesbian or heterosexual. The video was a joint effort between activists in Lebanon and Tunisia.

In other Arab countries, where LGBTQ activists often work underground, it is rare to find homegrown local videos that tackle the subject of homosexuality. An independent group of Emirati activists on YouTube, called UAELGBTR, posted a number of animation videos to raise awareness about the difficulties facing LGBTQ communities in the conservative Gulf countries. The last video dates, however, from 2013. One of their videos describes an LGBT person’s experience being raised in the UAE as “confusing and scary.” Through simple drawings, the video explains the scarcity of resources offered to teenagers as they grow up and discover their sexuality. The video tries to argue that religion should not be a basis to “terrorize” homosexuals. But even if it’s catchy and simple, the video is in English and seems to appeal primarily to westernized groups.

Other online initiatives by Arab LGBTQ communities include more candid videos uploaded by private individuals. Often though, Arab nationals who dare to show their face and speak up about their sexuality live in western countries. One such example is that of Assem, an Egyptian gay man who lives in the US, and regularly posts videos on Youtube where he, for instance, denounces violence against homosexuals in his country of origin. Assem, who came out online few years ago, speaks directly into the camera and shares his thoughts and experiences in Arabic. His videos are viewed by thousands of viewers and talk about everything from Islam and homosexuality to seeking asylum in the US as an Arab LGBTQ person. His opinions stir up heated online debates with some positive comments and other disparaging ones calling him a “criminal” and a “pervert.”