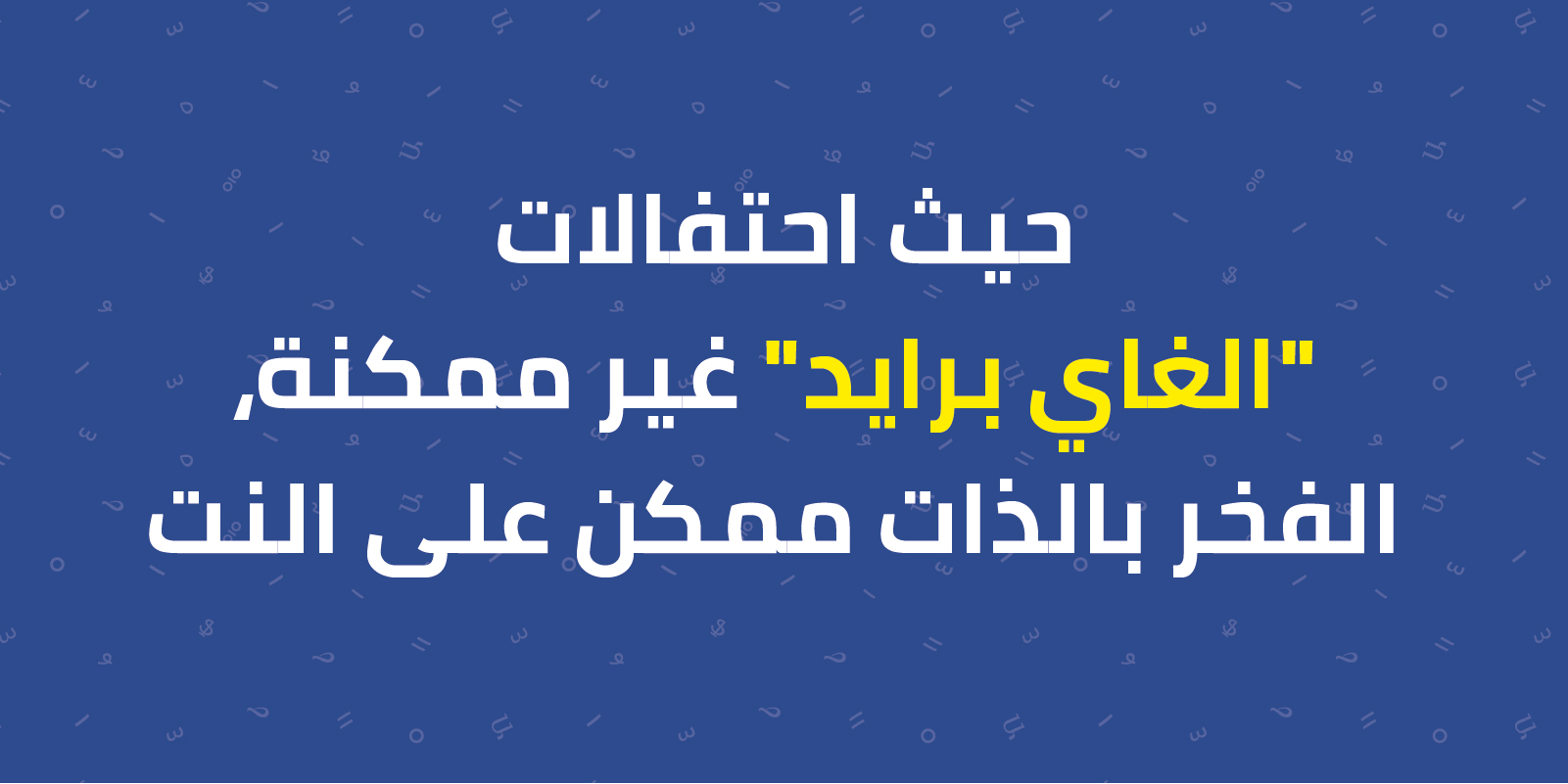 When the US Supreme Court recently legalized same-sex marriage all over the US, the announcement quickly took a global dimension beyond US national borders. People around the world voiced their opinions about the news online.

It did not matter whether you were in Washington or Cairo. A Facebook account was enough to join the “party”. With the social media network making it possible for users to cover their profile photos with the transparent rainbow flag (symbol of gay rights), many decided to declare their support for LGBTQ rights even in countries where homosexuality is banned or frowned upon. It also became a way of showing pride for some.

Late June and early July are usually the times when LGBTQ people in Western cities organize street parades known as “gay pride”. For many, the idea of such manifestations in their own towns is an unattainable dream. What’s becoming increasingly noticeable though are “virtual” or online pride initiatives. Nevertheless, showing one’s position with regards to LGBTQ rights can come at a cost.

One Facebook user in Beirut who published posts on his wall in support for the US decision received disparaging insults and threats from family members. He said he felt intimidated especially that the intimidation came from a brother who lives in Canada and who threatened him to tell their father after claiming he “soiled the family’s reputation with his remarks”. Eventually, he said he decided to stand up to his opinions and ignore the threats. After all, he said he was stating a rightful position and not declaring his sexuality.

Other users said they removed friends from their lists after the latter expressed homophobic comments. But in addition to revealing homophobic attitudes, this phenomenon of online expression of opinions also showed how many allies around the globe the LGBTQ cause has. Many have come out through posts and comments to defend the rights of individuals to choose their sexuality as part of a whole movement in defense of private freedoms.

Whatever reactions to LGBTQ issues are, the clash of polarized opinions is creating debates in places where homosexuality has been for long a taboo that nobody even dared to address publicly.

Recently, the Lebanese gay rights group Helem created a page to publicize for an event on Islam’s views on homosexuality. Before the public talk took place, the page’s wall became the site of a virtual debate on the topic with some people posting hate messages and asserting that Islam orders “the killing of homosexuals.” Others retorted that Islamic texts don’t mention anything regarding consensual sex between two individuals sex.

Other examples of online reactions include shaming of abuse against LGBTQ individuals. A Facebook post that shared an article about a gay person tortured by Lebanese police in L’Orient le Jour, a French-language Lebanese newspaper, created a wave of indignations online. Many shared the story and called for holding the security agents responsible for mistreatment accountable.

In other Arab countries, however, online opinions tend to be overwhelmingly more negative. When Al-Arabia, a major Arab satellite TV channel, reported on its website about the US Supreme Court ruling, many Arab readers posted highly insulting comments against homosexuals, mostly insisting that homosexuality was against basic human instincts. But among the dozens of negative comments, there were a few people who commented positively saying that science proved homosexuality was a natural human tendency. This galvanized debates further.

On Facebook, there are several pages in support of gay rights in the Arab region in general and for specific Arab countries. One of the most popular among these pages is Gay Arab Pride, which is liked by 6,233. The page posts information in Arabic to educate users giving scientific and psychological accounts that prove that homosexuality is not an illness. The page also denounces arbitrary arrests of LGBTQ individuals in the Arab region like the recent indictment of two Moroccan gay men. The page shared an online petition for the release of the two men who were sentenced to four months in jail forviolating “public modesty” simply because they held each other “too close” for a photo.

Even if change in laws and mentalities might take a long time in many places, this online dynamics around LGBTQ rights will at least make it harder for ill-treatment of LGBTI individuals to pass unnoticed.