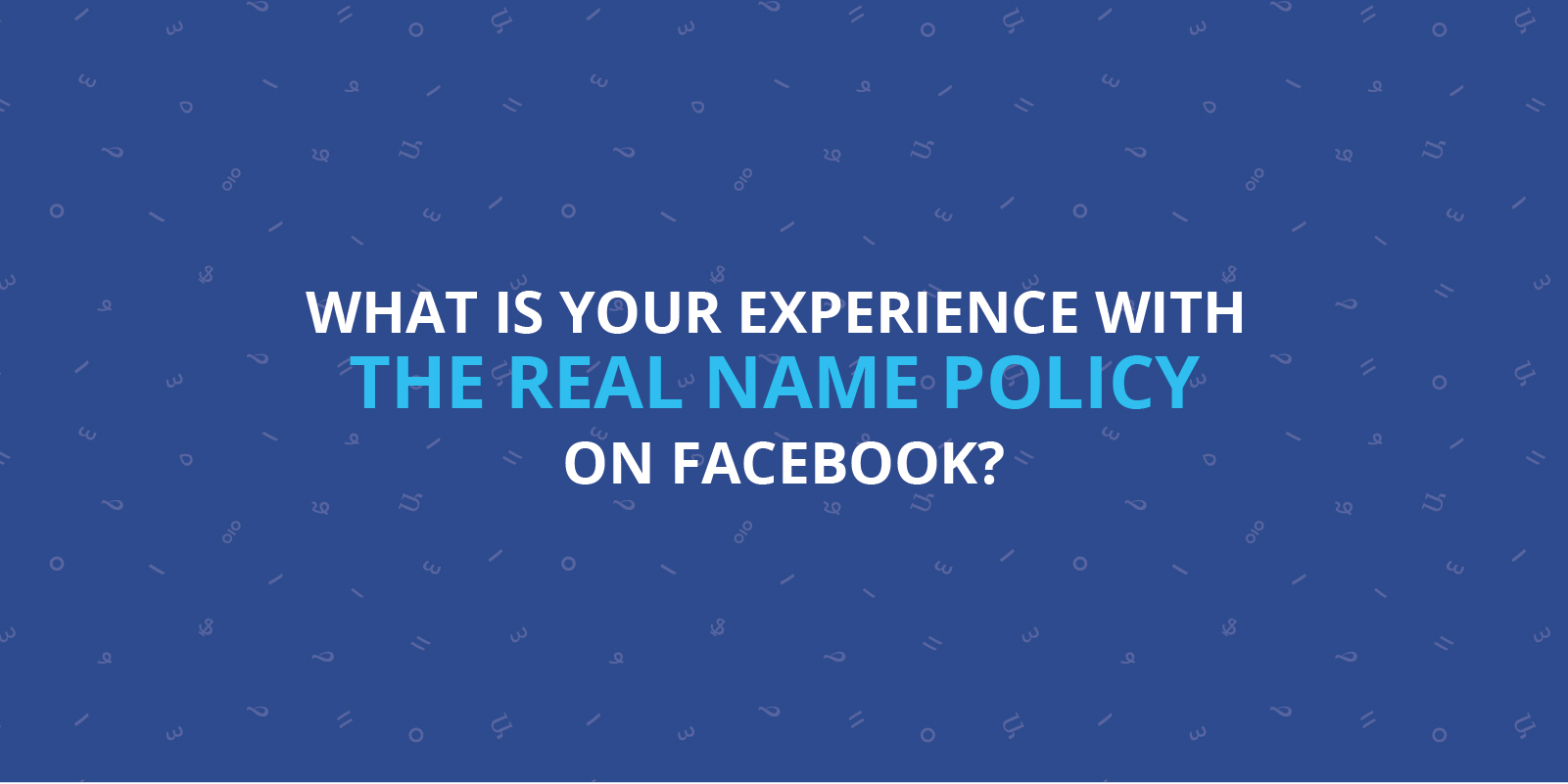 Was your Facebook account suspended because you used a fake name instead of your real one? Were you unable to create a Facebook page with a nickname and were asked to scan documents proving your identity?

It has become difficult for LGBTI activists and individuals to create Facebook pages using a moniker because of a real-name policy imposed by the social network in recent months.

Many LGBTI individuals and activists complain that Facebook’s enforcement of a real name policy affects them negatively because they use Facebook for secret communications and sensitive organizational purposes. In countries where homosexuality is illegal, chatting or sharing posts and information using Facebook accounts with real names can put users at risk of being harassed or even jailed. Authorities in these countries often monitor online activities.

A new online initiative aims at collecting testimonies of LGBTI individuals around the world who have been affected by Facebook’s real-name policy to gather evidence of the adverse affects this policy has on LGBT and sexual rights advocacy efforts and how it can actually put people in real danger.

The survey is organized by the EROTICS project, which is an initiative by the Association for Progressive Communications that looks at the intersection between sexuality and internet.

Even though Facebook officials promised to be selective in implementing their new policy and take into consideration the fact that users are sometimes forced to use aliases to protect their identity, no concrete steps were taken to that effect. The social network argues that it wants to create a safe environment where users’ authentic identities are clear. It says the real name policy helps them control accounts created for “malicious purposes” of fraud and harassment.

The results of the survey will be presented in November to Facebook officials at the Internet Governance Forum in Brazil. The aim of the initiative is to give the social network a realistic and well-documented picture of how its real-name policy is affecting LGBTI communities and to advocate for a change in their policy to take into account the concerns and priorities of LGBT and sexual rights activists who use Facebook to fight for their rights.

To participate, you have to fill out an online survey where you share your experience using Facebook. The stories collected will remain confidential and your identity will not be revealed to third party individuals.

The controversy over the social network’s policy started when a group of drag queens in San Francisco protested against the cancelation of their Facebook accounts created using stage names.

Although the company had initially apologized, a group of drag queens are reviving their protest claiming that thousands of LGBTI users are at risk of being “locked out of their accounts, lose access to their photos, news feeds, and are cut off from their social network.”