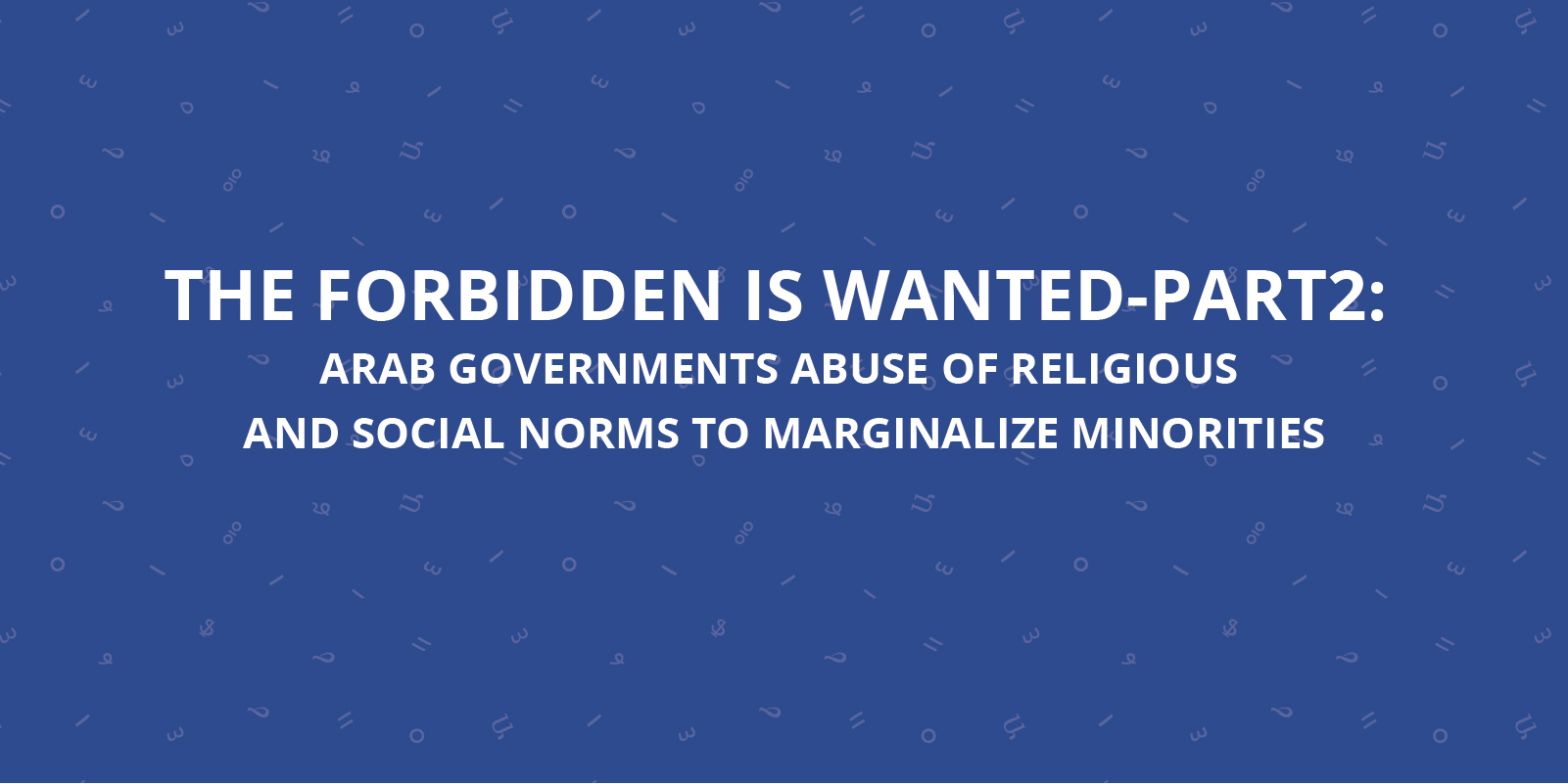 Are individual rights more important than collective rights in a society? The philosophical and intellectual debate around this question and how it translates to freedom of expression/opinion online is a long and complex one and is not the within the scope of this article. However, the outcomes of the policies inspired by either sides of the question are subject to our scrutiny and critique.

It is rare to see a society that have fully empowered individual rights over collective ones. Moreover, there are always limitations to individual freedoms especially when they infringe on the rights of others, hate speech and child pornography being two examples. This is the case in many of the Western countries that have aligned their rule of law with the universal declaration of human rights. On the other hand, countries with conservative societies tend to trump individual rights in favor of collective ones and most Arab countries are of the second type.

“Although Muslim societies today can be described as generally homophobic, it’s a mistake to view homophobia as a self-contained problem: it’s part of a syndrome in which the rights of individuals are subsumed in the perceived interests of the community and – often – maintaining an “Islamic” ethos. The result is that society places a high value on conformity and expressions of individuality are frowned upon; there is a strong emphasis on upholding social “norms” and keeping up appearances – in public if not necessarily in private.”

It is understandable that a conservative society, like Saudi Arabia for example, will not embrace liberal ideas overnight. The rate of progress when it comes to social issues and ideas is very slow and no country is similar to another. However, it becomes problematic when authorities start abusing collective rights to limit the individual rights for their citizens and marginalize them. LGBTQ communities across Arab countries are a clear example of such targeting. To put things in perspective, a Jordanian EZine called My.Khali was forced to shut down in 2016 after a Jordanian MP carried out attacks on it that led to its closure. The main accusations were homophobic and centered around “spreading homosexuality in Jordan”. Following this incident the workers of My.Khali received death threats and hate messages.

The discrimination against LGBTQ community is institutional, social, and moral in many countries. Even in countries where LGBTQ community can be open about their identity without fearing for their lives (i.e. Lebanon), discriminatory laws are still present but not implemented.

Moreover, the discrimination extends to the digital world where they are forbidden to have safe spaces as well. Sudan, Yemen, and the Gulf Region block access to LGBTQ online content through filtering and restricting keyword access. More aggressive techniques rely on targeting users looking for same sex dating to either arrest them or oust them to be ostracized by their family and society.

The narrative used by the state for anything that opposes its power is propagated by the public especially when it comes to policies that are justified or approved by the religious authority of the country. With a narrative that is so dogmatic it becomes easy to polarize people and categorize them into good/bad, moral/immoral, normal/abnormal. Using the same logic it becomes easier to paint everyone the government or the religious authority dislikes with the brush they chose. Needless to say that the danger of this tactic is detrimental to freedom of opinion and expression, both online and offline.

The other problem with the policy of blocking and filtering is the fact that it is not very efficient and does not fulfil its own objective: stop people from accessing content the government deems “indecent”. As the next article will show, internet users often find a way around the blocking to access the content they want and the government knows it which begs the questions: why do they continue to block and how can civil society change the narrative in favor of an open internet with unrestricted access?