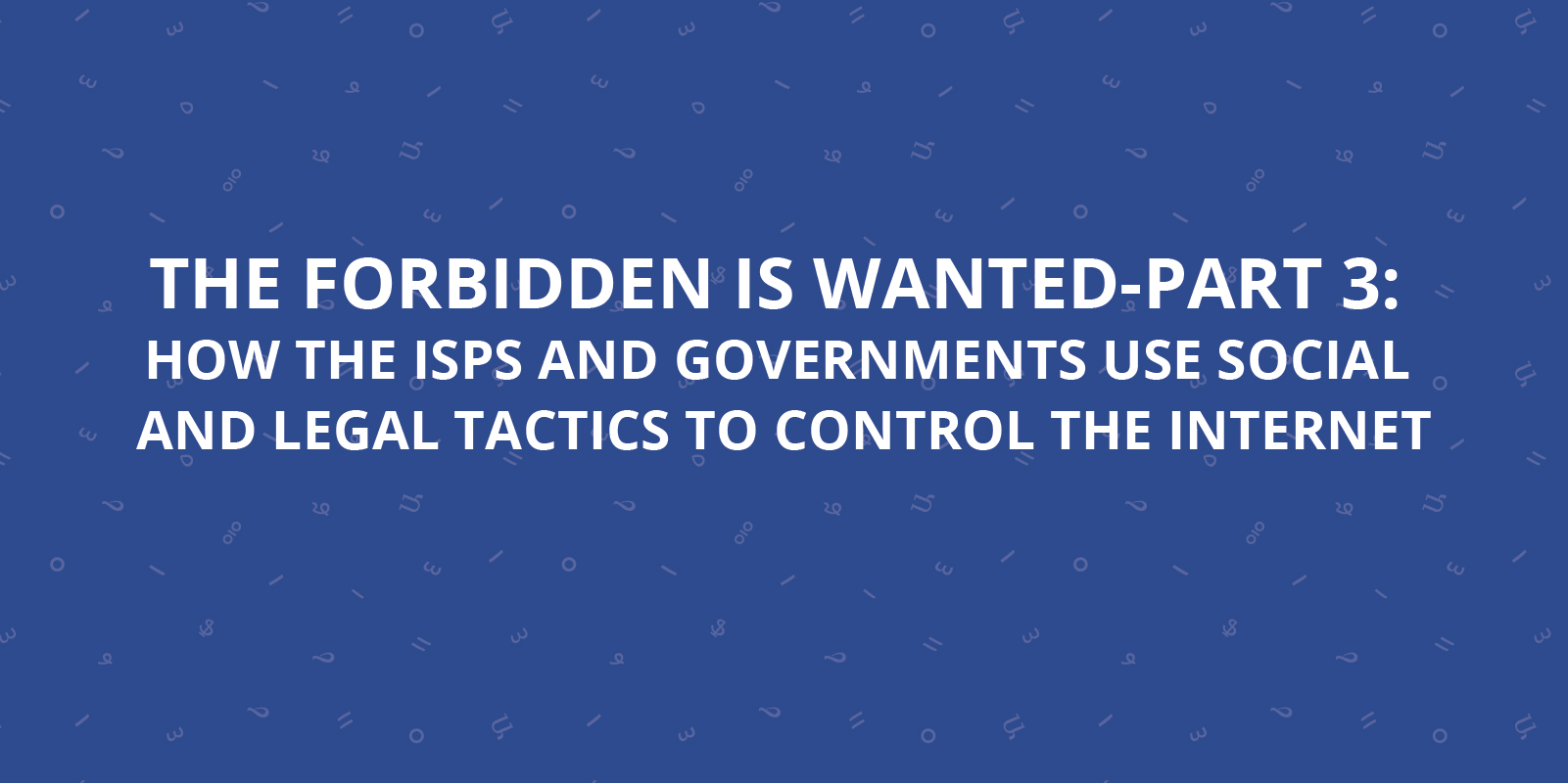 The previous articles have discussed the logic and morality behind using religion and culture to censor the internet in the Arab region. This article, the third one in this series, will look at whether these information control practices are actually successful and how internet users in different Arab countries are reacting to them.

Arab states use different techniques to control information on the internet which are legal, social, cultural, and most importantly technical. Starting with the legal techniques, governments’ use cyber crime and anti terrorism laws to filter, block, and shutdown digital content. UAE for example had an infamous law amendment that was released last year that would imprison anyone that is caught using a VPN on their device and they would also have to pay a fine of up to half million American dollars.

The Emirati law is not widely implemented because of the widespread use of circumvention tools in the country. However, the law is used selectively to target Human Rights defenders, which can be stopped at a checkpoint, asked to open their phone, and once the VPN is found within the apps, they can be imprisoned for it. UAE is not alone in these practices as other Arab countries also use the legal system to silence the opposition, discriminate against sexual and religious minorities, intimidate the public, and benefit corporations. It is needless to say that such exploitation of the law is detrimental to human rights and individual freedoms, as well as to the credibility of the legal institutions of the country.

The pro-censorship argument also falls short in acknowledging that with technological advancement in the digital world, someone with average technical skills can bypass the censorship and get to the content they want. When we were teenagers and before the widespread use of the internet, we always found a way to get our hands on things that were “banned”. It was not the fact that we desired those things that made us pursue them but rather the mystique that came with its banning: “The forbidden is always wanted”

It is not wise however to dismiss the efficiency of information control practices, since they do lead to a mindset of conformism. When blocked, not everyone will seek alternatives and will accept it as it is. This mindset is dangerous since it encourages the state and Internet service providers to increasingly control and block content.

In the case of Morocco in 2016, ISPs blocked Voice over IP apps and there was outrage about it leading to a boycott campaign. At this time, Moroccans started downloading circumvention tools in high numbers. This was caused by a campaign from civil society that promoted the use of those tools to circumvent the blocking. Under public pressure the ISPs rescinded their decision. During all this time the moroccan government gave no clear answers on the ISPs blocking.

However, in the months that followed, there was a well orchestrated campaign in the Media that promoted the idea that the use of VPNs is forbidden by law. It referred to a law from 2004 that talked about the commercial use of VPNs. However, the propaganda around this misinformation scared lots of people and scared them away from using VPNs so when ISPs blocked the same services again there was no significant resistance from the people and the VPN use and download did not witness the spike it witnessed prior to that.

The Moroccan case is very telling of the conformity mindset where people just surrender and give in to the status quo. Other Arab countries are not much different and share similar stories. VOIP applications are blocked in Egypt, the Gulf, Jordan, and the list goes on. The next and last article of our series will explore the technical side of the blocking and the widespread use of circumvention tools in the Arab region.