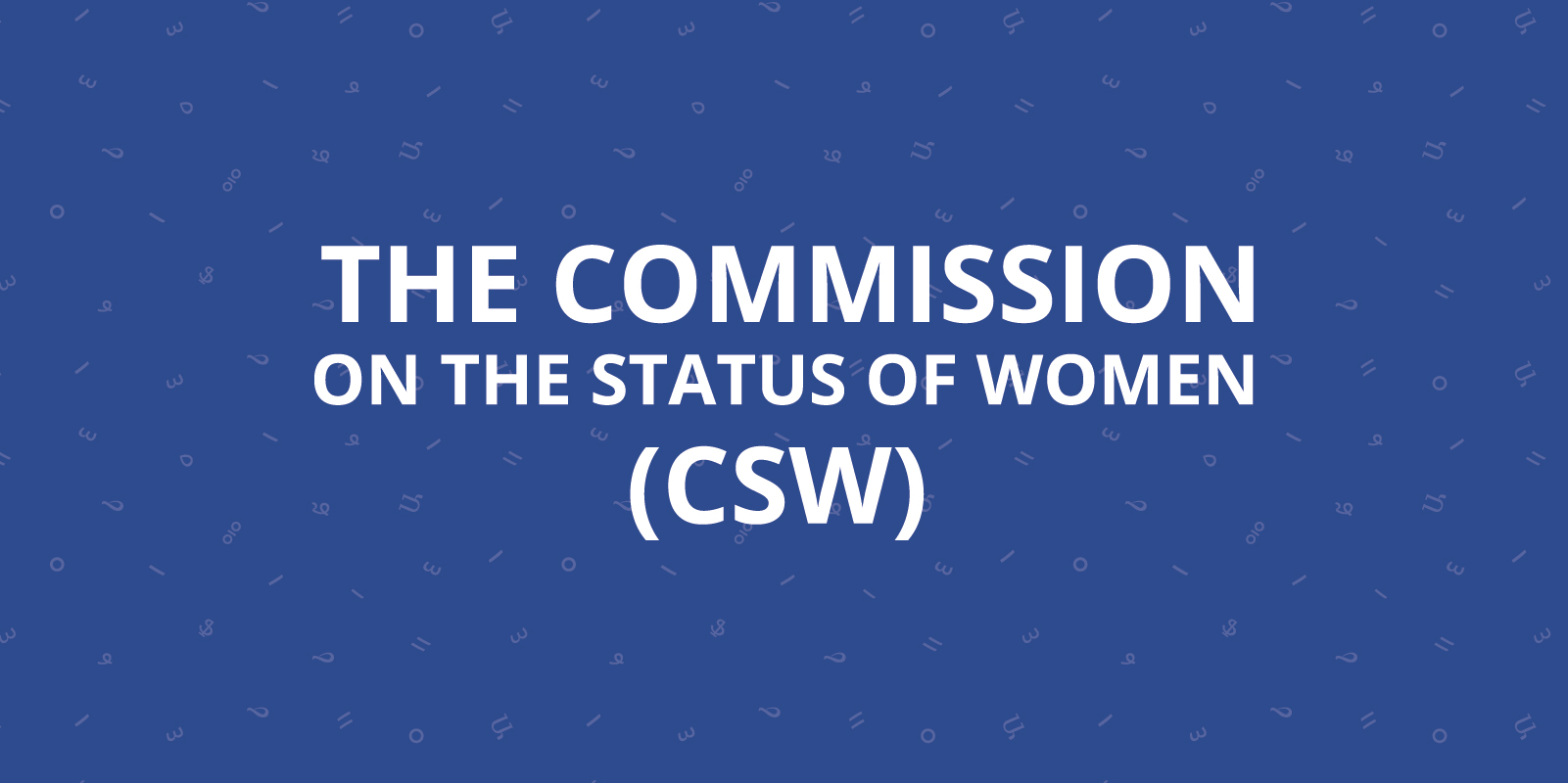 During the CSW, permanent Missions and UN entities hold side events on UN premises during the CSW session. The side events held during the CSW 63 in 2019 were a mix of side events that push towards progressive inclusions of LGBTIQ++ and the access to gender equality and bodily rights for all women and girls and conservative events that are either subtly or blatantly homophobic, trans-phobic, and/or opposition to sexual rights. Here, it should be noted that the Holy See that is represented by the Vatican was among the most brutal opposition of LGBTIQ ++  rights, and bodily rights of women at the CSW63, 2019. The calendar where the side events are listed can

be found on this link http://www.unwomen.org/en/csw/csw63-2019/side-events/calendar-of-side-events.

Another important aspect from CSW is the opportunity to meet various United Nations bodies and question their commitment to human rights and their support of the rights of all women and girls and LGBTIQ ++ people.  On Friday the 15th of March 2019, the queer caucus that is usually a collaboration between the women rights caucus, the LBTIQ caucus put together by OutRight International met with the executive director of UN women Phumzile Mlambp – Ngucka. The meeting took place at the UN Women headquarters in New York and was represented by activists from the global south and the global north. During the meeting, UN Women reiterated their theoretical dedication in pushing forward the rights of LGBTIQ++ people.  Activists raised many issues to the UN women Executive Director Phumzile Mlambp – Ngucka. Among many other issues raised, the issues varied between issues on women rights, trans rights, human rights defenders, sex work and rights of intersex. The meeting ended on a positive note where ED Phumzile promised that civil society will be an integral part of the upcoming World Global Forum and invited civil society to be part of organizing and pushing towards a more progressive language on human rights. The meeting ended with the Executive director of UN Women asking civil society groups to keep pushing their agendas further because they are the wheel that keeps pushing progressive discourses on human rights further. The Arab Foundation of Freedoms and Equality was represented by the UN Liaison for CSW63 and paused the question on the long awaited senior position with LGBTIQ++ background and experience to be employed at the UN women office in order to be able to communicate LGBTIQ++ issues better. The UN Women ED answered the question by stating that this is the last year where this question will be raised and it was read in the room as a promise that this long-awaited goal will soon be achieved.

The CSW is instrumental in promoting women’s rights, documenting the reality of women’s lives throughout the world, and shaping global standards on gender equality and the empowerment of women. You can find more information on CSW on this link http://www.unwomen.org/en/csw

The CSW63 is based on country negotiations around agreed language on the rights of women and girls that are represented by the country delegates. Even though the document works within the axis of gender equality and the empowerment of all women and girls, it was unfortunate to observe that CSW63 was faced with a huge push back on the language of Gender. For example, there was a push back on the word gender and there was failed attempts by conservative states to replace it with sex, among many other problematic positions on the rights of all women and girls. The push back on basic rights was worrying but yet again the language in the document still sustained some basic rights and language. It goes without saying that the Arab Foundation for Freedoms and Equality would’ve highly appreciated more language on LGBTIQ++ people and more progressive bodily and sexual rights for all women.

the agreed conclusions started unfolding towards the end of the second week with intense negotiations that extended until late night and early mornings for the whole second week. At the end of the negotiations and after the agreed conclusions were agreed upon, some states tried to break consensus but procedurally failed. The final session can be watched on this link http://webtv.un.org/watch/14th-plenary-meeting-commission-on-the-status-of-women-csw63-2019-action-on-draft-proposals-action-on-draft-agreed-conclusions-action-on-any-other-outstanding-issues/6017175833001/

The latter is reiterated by the final speech where after the agreed conclusions have been agreed on, the Lebanese Delegation headed by Cynthia Chidiac took the floor in a speech that resulted in a standing ovation from the room.

“We were reminded yesterday by the facilitator that the whole world was looking at us. However, the whole point of us being today is to walk out of this room and be able to look the world, to look at every woman, every girl, in the eye and be able to to tell her: we tried! We did our best. We tried to speak for you, to call each violence that you every single day by its name: Gender based violence, intimate partner violence, gender related killings, sexual harassment and the list is long. We tried to protect you on your way to school, on your way back from work, at the workplace. And were we failed, we will be here tomorrow, in the next days, in the next week, and next year to try again”.

The UN mission to Lebanon proceeded with her historical speech,

“the point of us being here today is also to be able to look into our tomorrow and still feel proud about our yesterdays. Feel proud in having stood up in this room, not only on the right side of history, but also for those who stand up for us outside this room: Human rights defenders, women Human rights defenders, Feminist groups and NGOs. Thank you for your sacrifices, for your tireless commitment, for your passion and for being true and genuine partners in the process “.

The Lebanese delegation speech was the most progressive speech among the Arab group at the CSW63. The final speech’s importance within the context of CSW 63 is basically naming and listing the most progressive language that took place in the negotiation. The progressive language of CSW is what “right side of history” supposed to be. The Lebanese delegation speech also showed a commitment and dedication to what is important to the Lebanese civil society based on debates that are taking place in Lebanon in the present and for the past few year. As the women rights NGOs are pushing for acknowledgment of marital rape (intimate partner violence) – Sexual harassment at the work place, and early child marriage among many other things listed in the speech. The Lebanese delegation also took the space to globally acknowledge the women rights NGOs and the feminist groups and human rights defenders that are working in Lebanon to achieve gender equality.

The Arab Foundation of Freedom and Equality would like to take the opportunity to thank the Lebanese delegation Ms. Chidiac for her tireless dedication to gender equality and to acknowledge her informed decision to portray and negotiate on Lebanon’s human rights priorities. It is our turn to say it back in your own words, thank you for your passion, and for being true and genuine partner in the process.