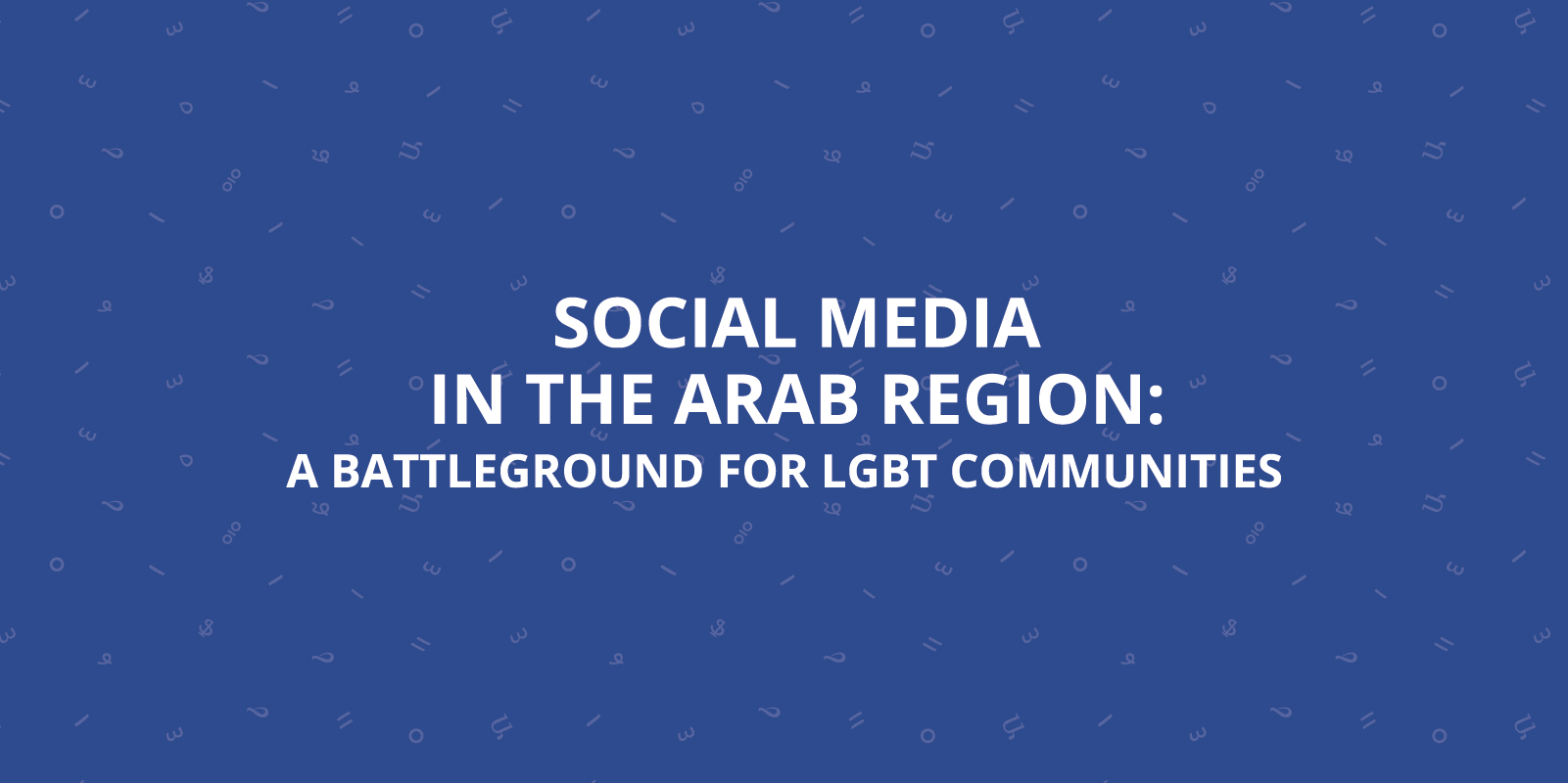 There was a time when the mere mention of homosexuality was taboo, but social media is changing how people in the Arab region deal with LGBT issues. It is true that the online world gives haters the space to bash LGBT people and incite violence against them, especially given that the overwhelming majority in the region remains highly homophobic. But social media also allows LGBT communities to push back, dispel misperceptions about homosexuality, and organize to fight against blackmailers and harassers.

A press conference organized recently by a Catholic group in Lebanon to prove that homosexuality was an “aberration” could have passed quietly, but the event was covered by the national news agency, which created a wave of indignation online, calling the content as outright wrong. People turned to Facebook and Twitter to criticize the press conference, and a Facebook page was even created with the title: “A news agency or a fascist center?”, attacking the news agency for describing homosexuals as “perverts.” The buzz around the conference was also an occasion to rectify false ideas about modern medical views on homosexuality and Lebanese laws.

Other recent events also created a buzz online, like the banning of a concert by a Lebanese rock band in Jordan because its music supports sexual freedom, the censorship by Lebanese authorities of a film for promoting “vice”, and a protest by an LGBT rights group in front of a police station in Beirut.

All this is driving the debate around LGBT rights into the public arena. One group on Twitter, Lebanon LGBT Monitor, functions as a watchdog to monitor and respond to homophobic views and comments online. For instance, the recent shooting in a gay club in Orlando, Florida was an occasion to shed light on the “hypocrisy” of some Arab countries that have condemned the attack while continuing to persecute homosexuals. It is true that the Orlando attack was seized as an occasion by some Arab internet users to air homophobic views—some of which were very violent—but the tragedy also created an opportunity for an online response by defenders of LGBT rights.

Another noteworthy phenomenon that is countering homophobia in the Arab region is spontaneous “naming and shaming” online campaigns. Earlier this year, a Facebook user posted photos and descriptions of a person in Lebanon who was allegedly using dating apps for blackmail and harassment. The post was a warning to the LGBT community to be vigilant on dating apps and to be cautious before meeting people in person after chatting online. In a homophobic society where LGBT people cannot turn to the police when they are victims of such schemes, it is interesting how this sort of self-policing and vigilance can help make the community safer. The post was widely shared and many people were encouraged to warn of other predators on gay dating apps.