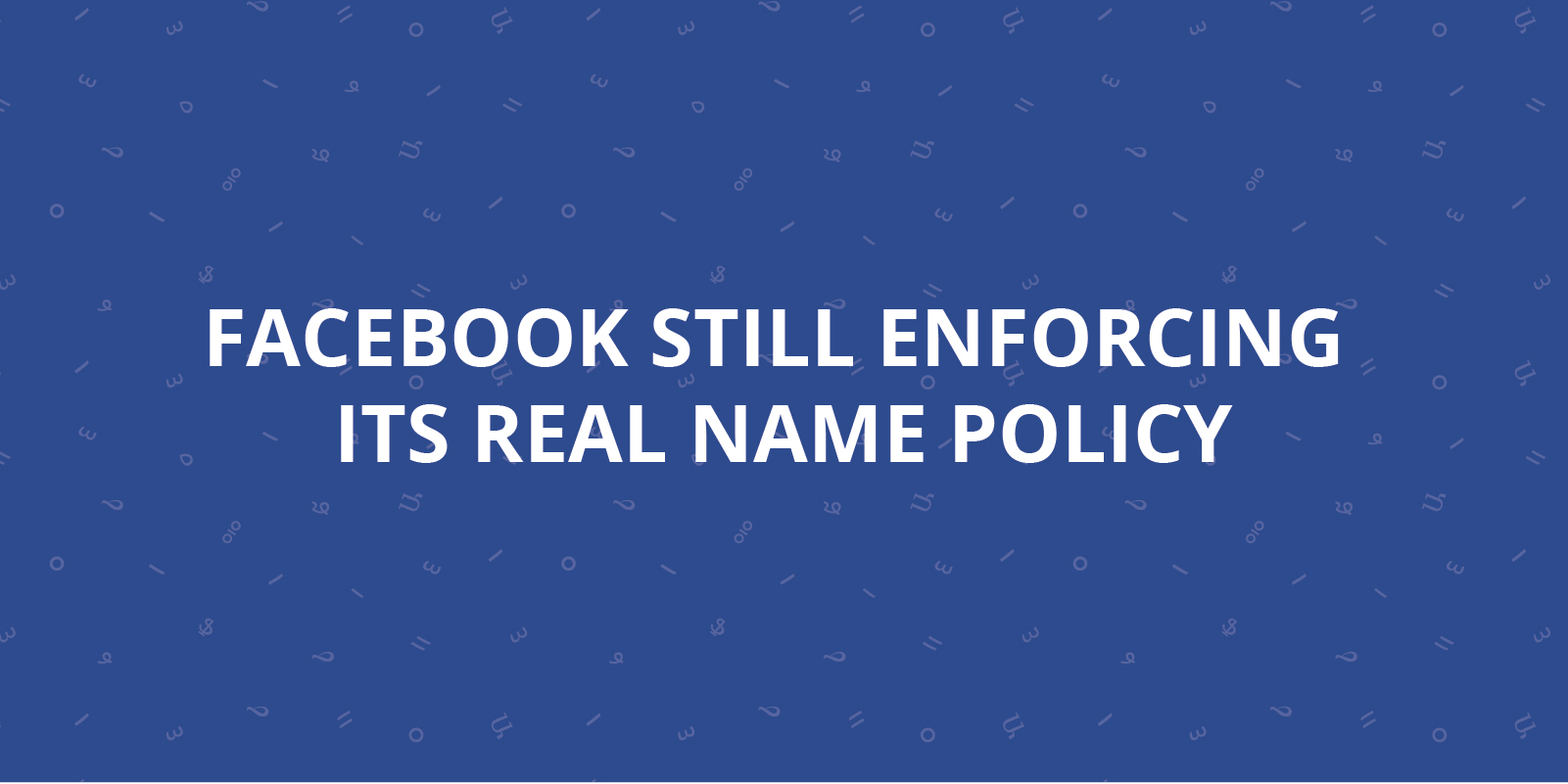 Although this was not originally intended by its creators, Facebook has become a vital tool for activists around the world and in particular during the events that rocked the Arab world in the past four years. Activists around the Arab region use Facebook to organize and to spread their message faster among the youth. LGBTI activists are no exception. For many, anonymity on the social network has allowed to contact people and operate safely.

Anonymity though is something Facebook does not endorse. Facebook’s Terms of Service even explicitly forbid using a fake name for an account on the social media platform. The real-name policy has created many problems. Several LGBTI activists in Lebanon and Tunisia said that their accounts were deactivated because they were using fake names. One activist said that he did not reopen his “fake” account because he was asked for a scan of his identity card. The activist argued that he needed the “fake account” on Facebook to feel safer contacting others and posting LGBTI-related topics on his wall.

Facebook has been criticized lately for forcing people to use their real names. Executives from the social network say that they require “authentic identities” in order to create a “safe community” for users.

But one particular group that felt targeted by the move stirred the controversy. Drag Queens in San Francisco using stage names, which they are widely known by, organized rallies against Facebook in recent months. The network then decided to alter its position and backed up.

“The spirit of our policy is that everyone on Facebook uses the authentic name they use in real life. For Sister Roma, that’s Sister Roma. For Lil Miss Hot Mess, that’s Lil Miss Hot Mess… Our policy has never been to require everyone on Facebook to use their legal name… There’s lots of room for improvement in the reporting and enforcement mechanisms, tools for understanding who’s real and who’s not, and the customer service for anyone who’s affected.”

But it’s not clear whether this means easing up on the policy for activists in the Arab region as well or whether there will be mechanisms that make it possible for those using fake names for safety reasons to plead their case with Facebook.

A recent article reported that “user accounts are still being suspended or deactivated for not using people’s legal names” despite Cox’s apology.

Meanwhile, as an LGBTI activist or a regular person wishing to interact in an anonymous way on Facebook, you can create a page rather than an account. The social network allows you to create a closed group or, for more security, a secret group. In a secret group, only members added or invited are admitted. The group’s name and members are hidden from anyone outside the group.

If your main concern is that someone hacks into your account and reads messages you have been exchanging with others, you should use software programs that allow you to exchange encrypted messages with your friends on Facebook.

Crypto.cat is one program that allows you to chat safely with someone else on the browser or through Facebook. Jitsi allows also for encrypted chats on Facebook as well and includes the possibility not only for safe voice messaging but also video conversations.