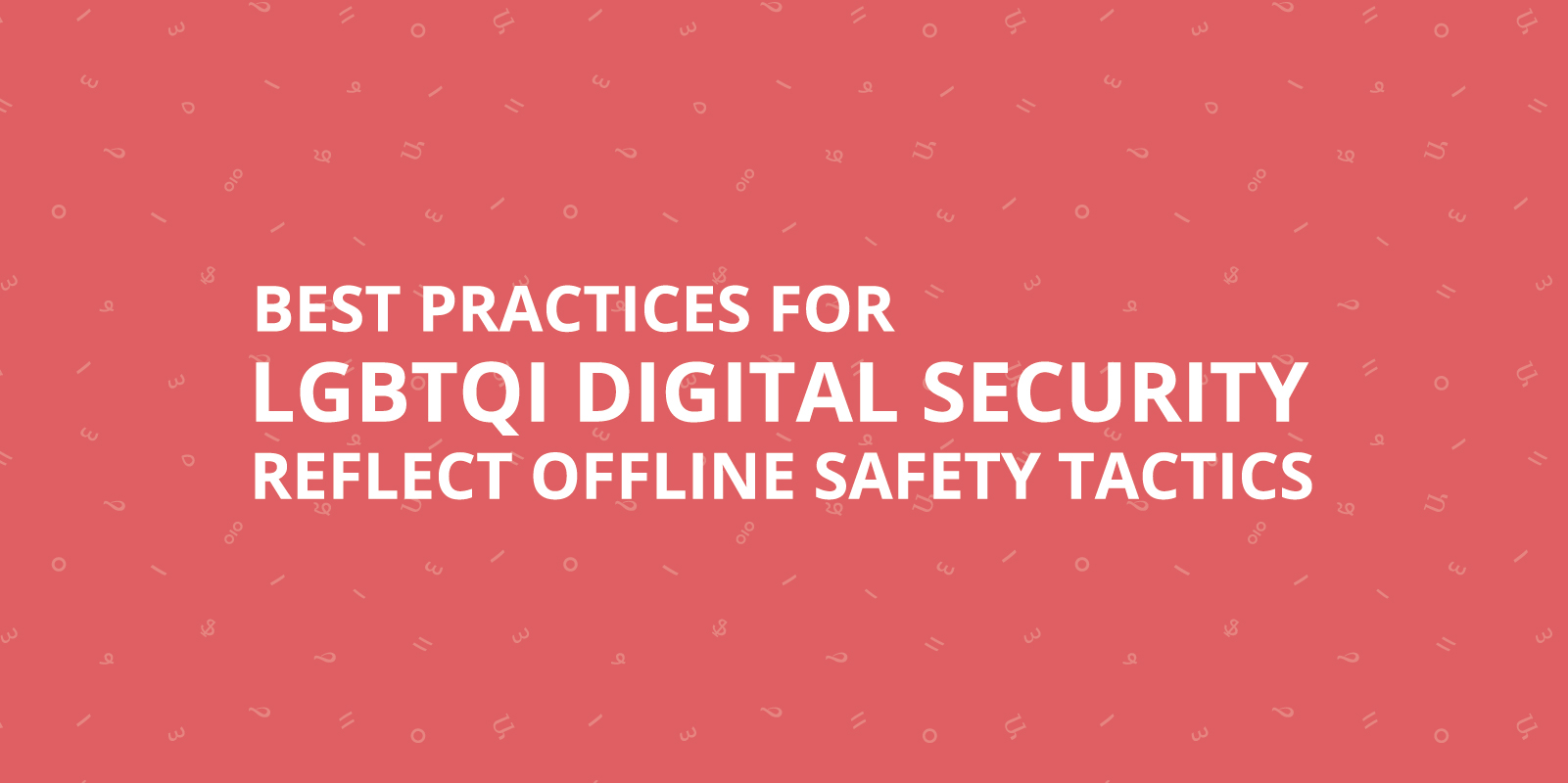 The International Lesbian, Gay, Bisexual, Trans and Intersex Association (ILGA) lists 73 countries where being LGBTIs is criminalized. In the Middle East, almost all the countries have one or more law that criminalizes homosexuality with a variation in the penalties, from a slap on the wrist to prison or death.  In light of these laws, being an LGBTQI activist in one of these countries is not an easy task, though it might be easier in some countries than others. Take Lebanon for example: three registered NGOs are publicly working on LGBTQI issues.

Activists have already developed tactics to navigate safety and privacy risks related to being LGBTQI offline, creating and operating safe spaces with great discretion. Meeting other LGBTQI activists or introducing someone to the community usually involves careful and calculated steps:

Due to the lack of safe spaces offline in the MENA region, activists and members of the LGBTQI community have turned to the online sphere to meet other people, share stories, lobby, organize, work together, or just rant. At the same time, however, oppressive governments have moved into the online sphere to crackdown on the LGBTQI community whether by direct online surveillance or by entrapping them by creating fake accounts on LGBTQI forums or dating apps.

It’s not realistic to advise the members of the LGBTQI community to delete their social media accounts or to stop using dating apps. Instead, I’d like to focus on adapting your behavior to make you more aware of the risks and better equip you to navigate them—just as you already do offline.

Being present and active online, whether you are an activist or not, comes with its own sets of risks.  Just as you don’t share your personal details with anyone you meet on the street, it’s a good idea to think carefully before you choose to share personal information online:

Not to over-simplify things, but a big part of navigating digital security for LGBTQI people is applying the tested security precautions we use offline in order make decisions online.  Always ask yourself: Am I certain I trust this person? Can I trust this account/profile? If you hesitate for even a moment, you are answering your own question. That hesitation is your instinct, telling you that you need to take extra precautions to protect your identity and your safety.

Zalfa Quino is a pseudonym of a Lebanese blogger, human rights activist, and digital security trainer.