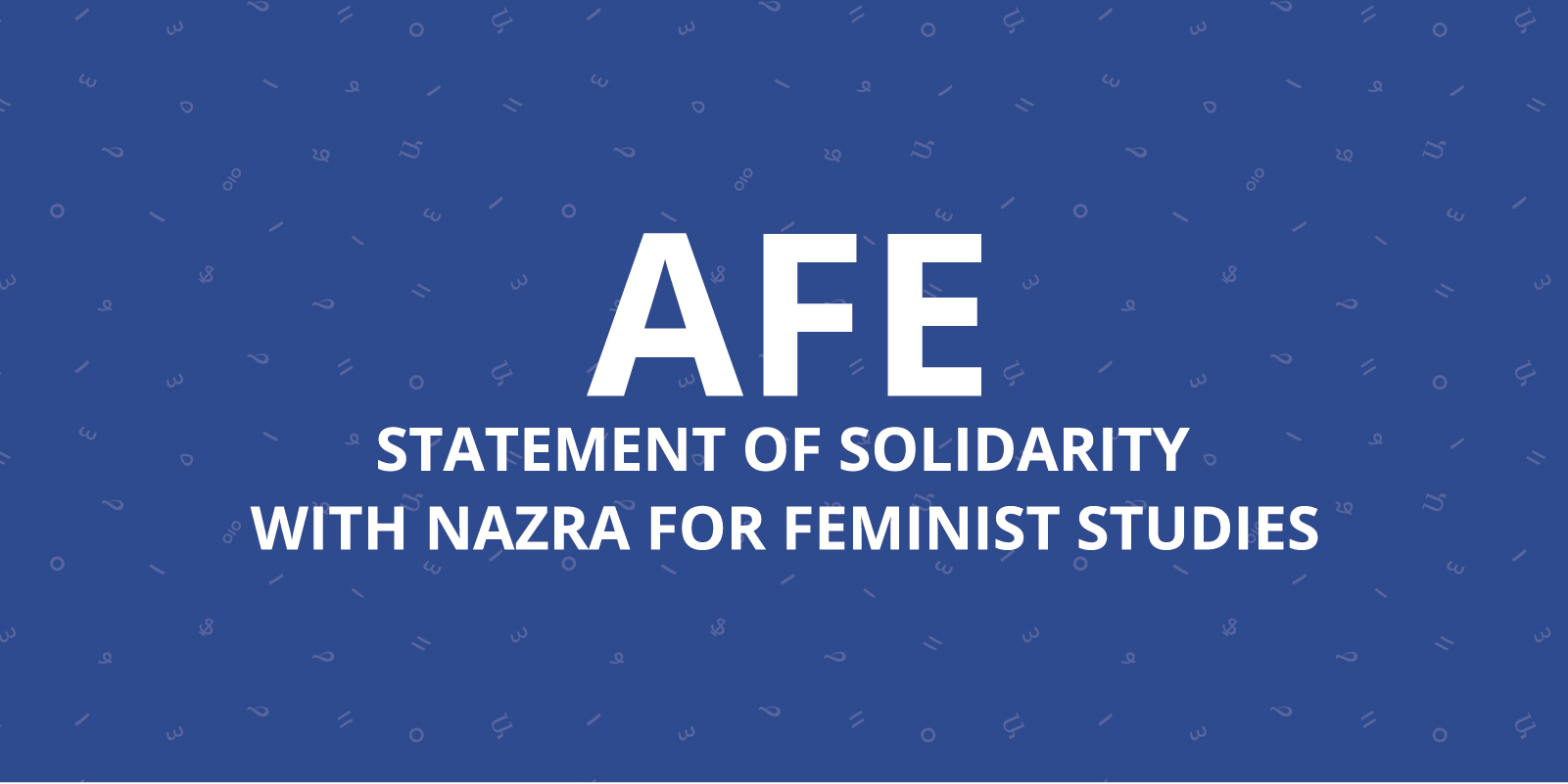 Foundation for Freedoms and Equality (AFE) strongly denounces the summoning and charging of Mozn Hassan, the founder and director of Nazra for Feminist Studies in the case 173 year 2011, known in the media as “The NGOs’ Foreign Funding” case.

Nazra for Feminist Studies is a registered association from 28 December 2007 with the number 7184, and all its activities are legal and publicly announced. Furthermore, Nazra obtained the Economic and Social Special Consultative Status with the United Nations in January 2014.

AFE and Nazra for Feminist Studies have long sustained strong relations of partnership, cooperation, and alliance in the struggle for gender equality and personal rights in the Middle East and North Africa. We are deeply saddened and shaken by the recent developments which constitute a restriction and silencing of brilliant activist work in the region. We call upon authorities, fellow organizations, activists, and other stakeholders to take a stand with Nazra in these difficult times
In solidarity
AFE Team