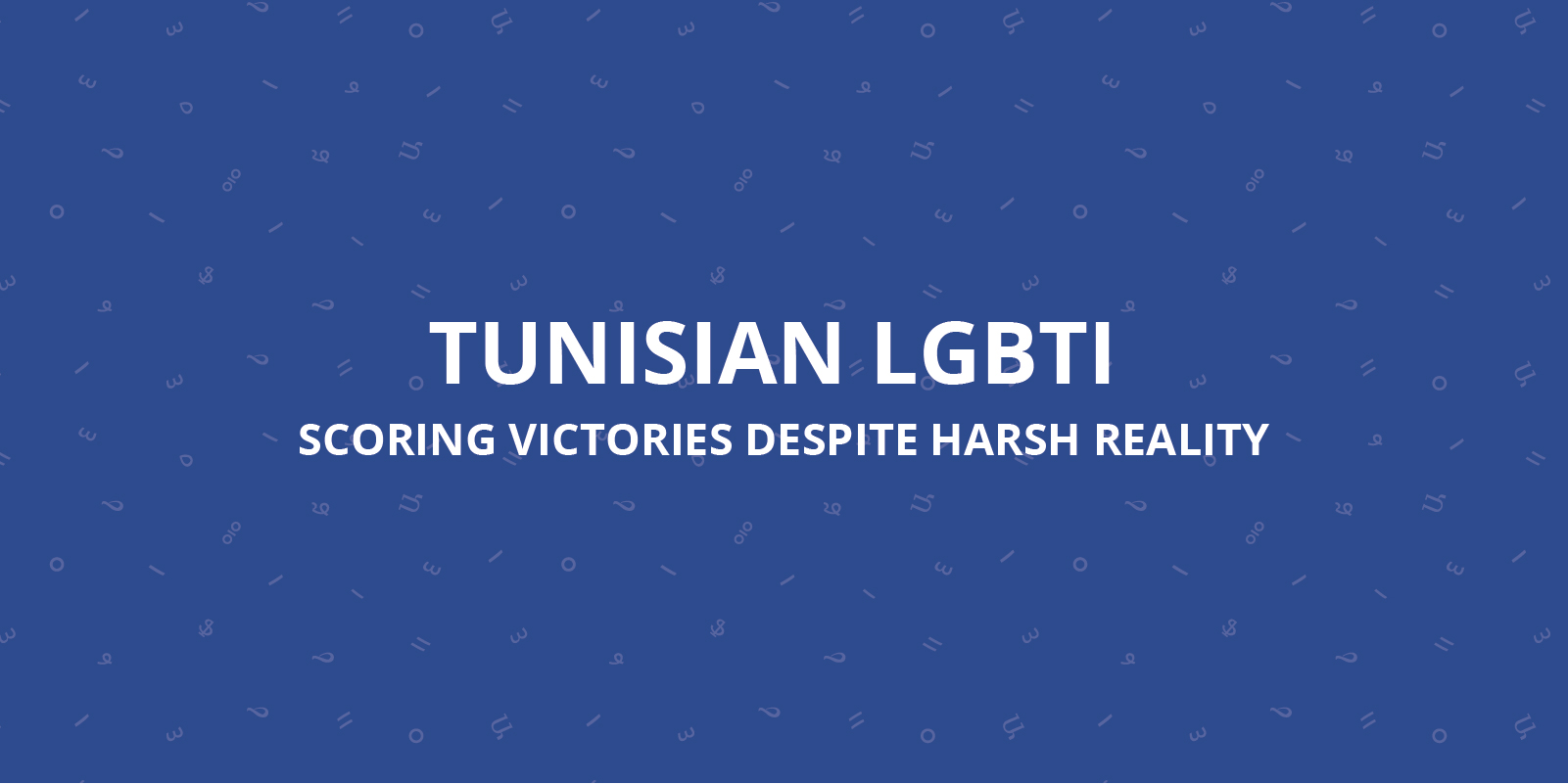 When the rainbow flag floated for the first time in the sky of Tunis, an activist described the moment as an “overwhelming feeling of liberation.”

Tunisia’s LGBTI community has significantly gained in visibility, recently. In the past year, activists have expressed public opinions in support of LGBTI communities; a “Gay Pride” of sorts -for the first time in North Africa- was held; and the government has granted permission to a group openly advocating for the defense of LGBTI rights.

Another major development is that the justice ministersaid that a law criminalizing homosexuality should be abolished because it is against private freedoms.

“We should not accept this aggression against private life… Homosexuality remains an individual’s free choice. Society should provide all the suitable conditions for individuals to live freely without transgressing the rights of society,” said Mohamad Ben Issa in a televised interview Tuesday.

Article 230 of the Penal Code of 1913 (largely modified in 1964) decrees imprisonment of up to three years for “acts of homosexuality and lesbianism” between consenting adults.

Beyond the minister’s groundbreaking declaration, reality seems grim. Sadly, at the same time, the arrests of gays by the police increased, said Ali Bousselmi, a founding member of Mawjoudin (We Exist), an organization that started earlier this year to promote equality and work on gender issues.

Before the Jasmin Revolution, which started in January 2011 as a movement that brought democracy to the country, authorities were not seemingly actively arresting homosexuals, he said. They would use sometimes “homosexuality” or “drug abuse” as bogus charges to target political activists.

Now, the number of arrests against LGBTI individuals has increased, maybe because of the rise of Islamism in society, he said.

In contrast, civil rights gains with respect to women’s rights and political freedoms have emboldened LGBTI activists to bring public attention to their cause.

“Our voices are heard. We have public channels to make our views heard,” said Bousselmi.

In March 2015, a parade against terrorism took place on the streets of Tunis as part of the World Social Forum. In that march, a group of LGBTI activists dared to brandish the rainbow flag.

After the rally, the activists held a stand in a private university as part of the event to raise awareness about LGBTI rights, regarded by a vast segment of Tunisian society as a “perversion” and a “sickness.” They raised posters calling for the respect of a person’s sexuality and agency over one’s body.

“We were very enthusiastic. The first day went well and we got support from some people. But on the third day, we got threats,” said Bousselmi. “We decided to stand still and not to show them we were afraid.”

This event encouraged a number of legislators to invite, discreetly, LGBTI activists to a parliamentarian meeting for the revision of the Penal Code. But when the issue was mediatized, the politicians decided to back down for fear of losing credibility in a largely homophobic society.

Activists argue that the law criminalizing homosexuality is against the spirit of the Constitution, which guarantees equality and dignity to all citizens. Nevertheless, Bousselmi and others understand that it will be a long way before the law is actually struck down.

Other notable gains were that the government granted permission to an organization, called Shams, openly stating in its mission the defense of LGBTI rights. There are other organizations like Arken, Damj and Shouf, which work partially on the rights of sexual minorities in general. And some operate as feminist groups.

“If homosexual acts are illegal, we argue that identifying as a member of a sexual minority isn’t,” said Bousselmi.

In April, remarkable declarations by the head of the Islamist group in power, Al-Nahda, were seen as a positive development in official attitudes towards homosexuality.

Sheikh Rashed Al-Ghanoushi told a French publication that a person’s private life would be respected, in response to a question about homosexuality in the country. Even though he railed against homosexual acts as “against nature” and religion, he said that raiding private homes or spying on person’s private lives will not be permitted.

Bousselmi insisted, however, that arrests against homosexuals made in private properties are common.

“What typically happens is that neighbors become suspicious of a man living alone and receiving male guests. They call the police to alert them. The police breaks into the house in question and arrests the men in it even if they are just drinking tea,” said Bousselmi. He added that these arrests are unlawful because they’re not authorized by the judiciary and that the law criminalizes people caught only “in the act”.

The activist also said that arrests vary from one place to the other in Tunisia and can be influenced by the region’s conservative nature or the predominance of Salafists in it. It’s impossible for activists to get official figures on arrests related to homosexuality.

A recent arrest of a Swedish and a Tunisian men accused of having sex has brought to the surface the widespread belief that homosexuality is a “vice spread by westerners.”

Bousselmi, along with other activists, have tried to form a group of human rights lawyers who are “gay-friendly” and would take up cases of individuals accused of homosexuality. But he said that, ironically, homophobia was spread even among defenders of civil rights.

When it comes to online security, Bousselmi said that online chatting applications are still safe and that authorities don’t seem to be monitoring gays.

“But there remains a need for vigilance of course. Because if someone is arrested for some reason and the police discover photos or discussions of a gay nature on his phone, he will be in trouble. So, I advise people to erase sensitive material to protect themselves and others they have chatted with as well,” he said.

In Tunisia, the government doesn’t block any sites with LGBTI content. Civil rights groups, like Mawjoudin, have active Facebook pages where they regularly post articles and items to raise awareness about homosexuality and transgender issues.

As a group, Mawjoudin, with its 21 active members, is working on creating a “safe haven” for LGBTI groups where they can talk and exchange ideas in a safe environment.

“We would also like to have a space to protect LGBTI individuals who are kicked out from their homes by their families,” he said.

After the last wave of terrorism in the country, gay activism has become more restricted.

“Under the guise of fighting terror, civil freedoms such as holding public meetings and protesting have been restrained,” said Bousselmi. “We have been affected by that.” 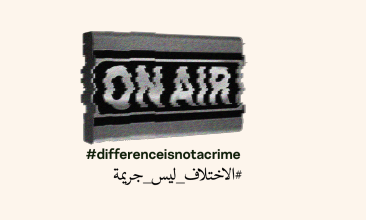 Being Pansexual means being attracted to people re

Today, AFE recalls that at the time of the publica